In Conversation with the Sea 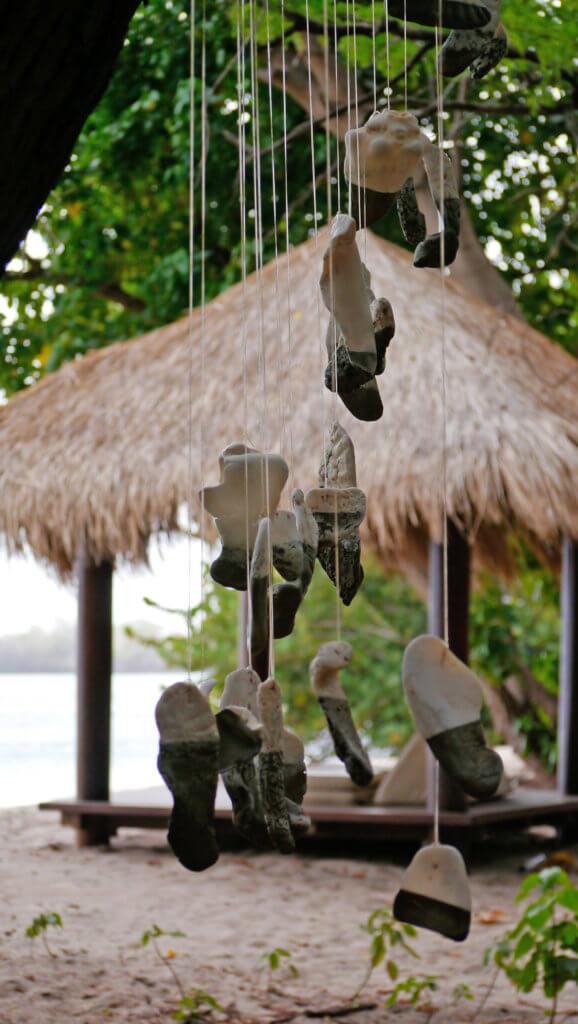 The first time I remember seeing the worn down pieces of conch shell was my first week in Grenada. I was in the water and my eye kept catching glimpses of pure white specs in between the waves. I assumed whatever it was had to be a man-made object, plastics, or other whatever else is discarded into nature. Upon further inspection, and to my surprise, these objects were rocks, and there were a ton of them. All of them smooth with exciting curves and crevasses. I was enamored. Because I don’t like to remove objects from their natural ecosystem I had to convince myself to take a small souvenir home.

The rock never left my mind. I was talking to a group of friends about them one day and they were all confused. White rocks? I eventually took out the one I borrowed from the beach with the hope to clarify what I was referring to. Lone behold, these are not rocks. They are shells! Conch shells! The objects became even more amazing. I have never encountered a shell of this kind. The more I learned about the history of the shell, and its connection to early Grenadian life, the more special these objects became to me.

The expected life of the conch shell is to hang out with the sea (and its ecosystem) until it is worn down to specs of sand. My artistic intervention has taken the conch from its long- established path and given it a new way to exist. Instead of being part of the physical sea the shells are now in conversation with the sea; the waves beat against the shore and the shells chime in response. The shell lives in an environment that is gives it a voice, but by using that voice, it also wears itself down.

“In conversation with the sea” is a sound-based sculpture that asks the viewer to not only look at the objects from multiple perspectives but to listen. An important part of the work is introspection; allowing time for the work to speak to the viewer so they can walk away from the piece with a connection that is meaningful to them.

BIOGRAPHY Amy Cannestra, an interdisciplinary artist from Wisconsin, USA, has a contemporary art practice that shifts back and forth between a sarcastic commentary on social, political, and economic issues and creating works that investigate how human experience effects identity. Both ways of thinking are visualized through the use common household items and found objects, which reveal insight to place and time. Installation, video, performance, and sculpture all encourage introspection, meditation, and [hopefully] an awareness of one’s own identity. Cannestras’ works have been shown internationally including the 2017 edition of TRIO: Three Dimensional International Rio Bienal, 2016 Transart Triennial in Berlin, and in galleries in New York City, and Los Angeles.

See more of Amy Cannestra’s work on her website: https://www.amycannestra.com/